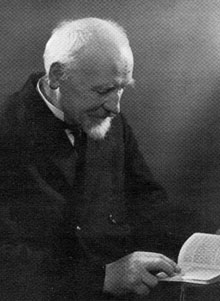 The botanist Morten Pedersen Porsild founded the Arctic Station ("Den Danske Arktiske Station") in 1906. The locality selected was ca. 1 km east of Qeqertarsuaq (formerly Godhavn) which is located on the south coast of the Disko Island - also named Qeqertarsuaq. The idea of establishing an arctic research facility in Greenland was supported by famous explorers of the northern polar regions, e.g. Knud Rasmussen, Mylius-Erichsen and Fridtjof Nansen. The funding available for the building of the facility amounted to DKr 35.000 kr. Annual expenditures were covered by a contribution from the Danish Government (ca. DKr 10.000). Justitsråd A. Holck enthusiastically supported the Arctic Station and was instrumental in obtaining e.g. the government support. Morten Porsild acted from the beginning as the scientific leader of the Arctic Station and he lived at the premises for almost 40 years. In 1946 he returned to Danmark.

The University of Copenhagen became the owner of the research facility in 1953. The station was hereafter named "Arktisk Station". Only biologists were granted access to the station from 1953 to 1978. From 1978 and onwards the scientific focus of the station was widened to encompass also other natural sciences, such as geology and geography. The Arctic Station is the northenmost field station belonging to the University of Copenhagen. It is furthermore one of the very few natural science facilities north of the Polarcircle that is operational year round.

Chronology of additions to the Arctic Station and renovation of facilities 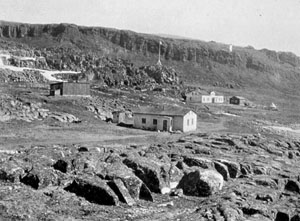 1906: The initial building is inaugurated. It was separated in two parts comprising the private home of the scientific leader and guest facilities respectively.

1920: The initial building is enlarged and a library and a laboratory added at the eastern end.

1947/48: A seperate house is provided for the scientific leader.

1955/56: A new building appears next to the main building - garage and workshop.

1965/66: A major expansion of the facility - the 'new' lab building, which additionally houses a large library is inaugurated.

1983: The private house of the scientific leader is renovated (approx. 1 mill DKr).

1985: Garage and workshop facilities are modernised